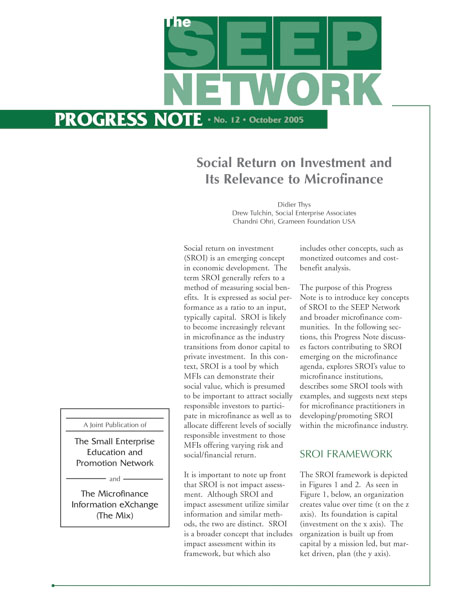 Social Return on Investment and Its Relevance to Microfinance

The paper begins by stating that social return on investment (SROI) is an emerging concept in economic development. It suggests that the term SROI generally refers to a method of measuring social benefits. It is expressed as social performance as a ratio to an input, typically capital. The note also argues that SROI is likely to become increasingly relevant in microfinance as the industry transitions from donor capital to private investment. In this context, the authors go on to say, SROI is a tool by which MFIs can demonstrate their social value, which is presumed to be important to attract socially responsible investors to participate in microfinance as well as to allocate different levels of socially responsible investment to those MFIs offering varying risk and social/financial return.