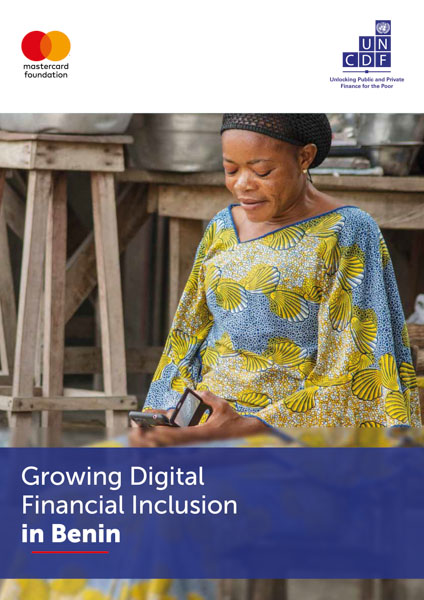 In 2014, Mastercard Foundation and UN Capital Development Fund (UNCDF) partnered to try to replicate and scale a model that had found success in the Pacific region – taking a market development approach to increase digital financial inclusion. Through the partnership, UNCDF was able to expand the Mobile Money for the Poor programme (MM4P) and test frameworks created in the Pacific in markets that were not yet “on the map”.

The Mastercard Foundation and UNCDF chose to work in three countries in West and Southern Africa – Benin, Senegal, and Zambia – all with very low digital financial services (DFS) usage rates.

The numbers tell a story of great success: Benin has seen DFS usage rates increase from 2% to 40%, Senegal from 13% to 29%, and Zambia from 4% to 44%. But lift under the “hood” of the numbers and you will see the lives of millions of people who are now financially included that weren’t five years ago.

Pierrette in Benin tells a story of how digital finance can be a game changer for small entrepreneurs. “My business tripled” she says as she saved time and money by using her phone to place orders via WhatsApp, pay with her MTN mobile money account her suppliers in northern Benin, and repay her loan with ALIDé. She invested the money she saved into her business, which is now flourishing in front of her home in Cotonou and will soon expand to a new warehouse in Hévier, west of the capital city.

You may find out more about Pierrette`s story, our work and approach on the market as well as the lessons that we have learned in our report “Growing digital financial inclusion in Benin”.