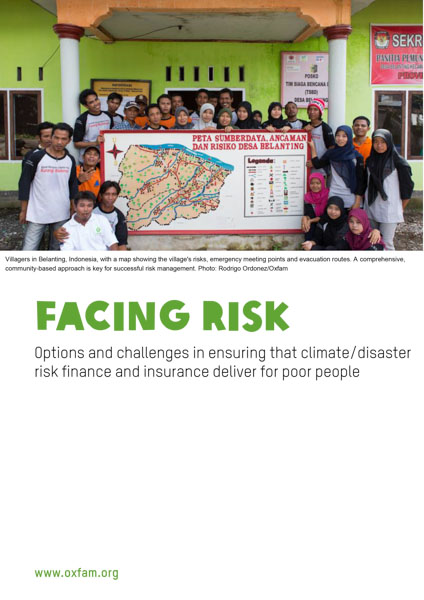 Disasters resulting from natural hazards are becoming more frequent and more harmful. They push an estimated 26 million people into extreme poverty each year. They also drive increasing inequality, as poor people are hit hardest and find it far harder to recover than wealthier people. For all these reasons, the goal of reducing the impact of disasters on poor people is absolutely vital. This report asks if and how the international investment on climate/disaster risk financing (CDRF) and climate/disaster insurance (not other forms of insurance such as health or life cover) can contribute to this.

In 2015, the G7 agreed a target to provide climate risk insurance for 400 million more poor and vulnerable people in developing countries by 2020, and this has now developed into the InsuResilience Global Partnership (IGP). In less than three years, $715m has been raised, the vast majority of it to support insurance schemes.

Our rapidly warming world suggests a focus is required on proven solutions. There is still, however, relatively little empirical evidence that insurance is effective in supporting poor people in the face of disasters. Well over 100 disaster insurance schemes targeting lowincome populations have been set up around the world,4 yet remarkably few evaluations have considered their impact.5 It could well be argued that the InsuResilience target on quantity – without an equally clear focus on quality – is premature.