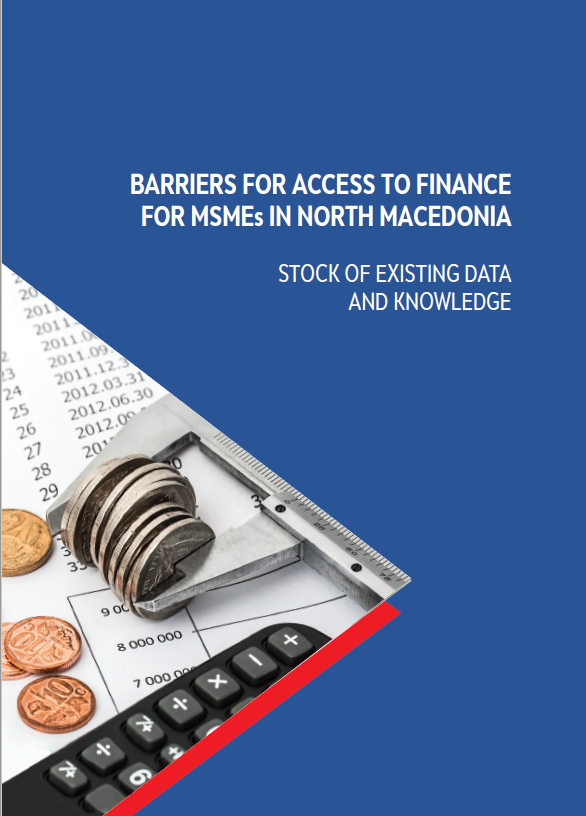 Barriers for Access to Finance for MSMEs in North Macedonia: Stock of existing data and knowledge

The study finds that the financial system in North Macedonia is sound, but still underdeveloped. It is dominated by banks, which have high share in total assets of the financial sector, as well as in the financial intermediation. Credit to private sector (50 per cent of GDP) is still low in international comparison, especially in relation to developed EU countries.

According to the analysis, access to finance is one of the biggest obstacles for businesses, but not a major one. MSMEs face larger barriers in accessing the needed finances relative to large firms. Macedonian firms are more likely to use banks’ loans for financing of the working capital and investments, compared with firms in the European and Central Asia (ECA) regions, as well as the global average.