Leading the charge for rural women’s empowerment in Niger 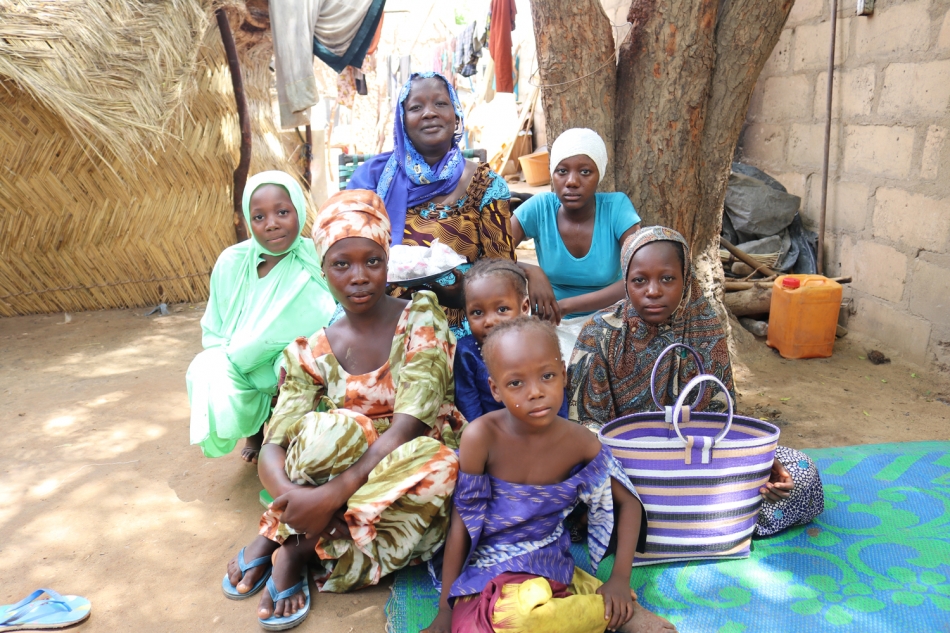 It is only recently, at age 36, that Saoudé Garba has felt in charge of her own life. Born in the village of Danje in southern Niger, she was married early to one of the three chiefs of the village. She had her first child at the age of 15, followed by eight more, without any medical assistance during her pregnancies and childbirth. As is tradition in her village, her life consisted of cooking, cleaning and doing household chores.

Saoudé was financially dependent on her husband and rarely attended decision-making meetings in their village. When she did, she and other women were not allowed to speak. Social traditions of the village had always dictated that women obey their husbands and the men in power, and no one could conceive of it any other way. Saoudé and the other women in her village were not aware that they had rights, let alone that they could exercise them to improve their lives.

In 2015, the first steps towards change were initiated when Dimitra clubs were set up in Saoudé’s village and others in the area. Dimitra clubs are voluntary discussion groups that bring women, men and young people together to bring about change in their own communities. For more than a decade, these clubs have been powerful drivers for people’s empowerment and women’s leadership in rural areas of many countries in sub-Saharan Africa.

Saoudé joined a Dimitra club where women, men and even adolescent boys and girls come together to discuss common problems in their village and ways to address them. Agriculture is a common theme, but members of these clubs also discuss education, health, nutrition and women’s rights. Through dialogue and engagement, the women in the group find that they are betterable to communicate their needs and resolve issues they face. 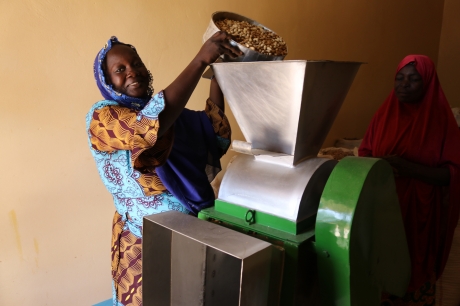 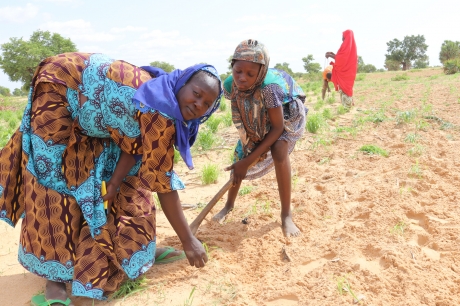 Empowered by the Dimitra club dialogues and training sessions, Saoudé soon became a leader in her own club and used this position to further women’s rights, fighting to end gender-based violence, early marriages and discrimination. ©FAO/ Moumouni Agali

Saoudé learned to read and write in the literacy centres run by FAO an d UN Women. She attended Dimitra club training sessions on public speaking and gender-sensitive communication. She soon felt confident enough to speak up and lead discussions.

Gradually, she rose to become a leader of her club, and in 2017 she was elected president of a network of Dimitra clubs in the commune of Djirataoua. She has built relationships with locally elected officials and religious leaders and achieved consensus on issues of common interest, using her position to fight for the economic empowerment of the women not just of her village but the region at large.

Dimitra clubs help change the perceptions and attitudes of men and women in the community, helping them question and end gender-biased norms and laws.

She realised how her own early marriage hindered her from getting an education and she didn’t want the same fate for other young girls.

In other victories, she also convinced men to allow their wives to attend health centres for pre- and post-natal consultations and worked with locals to limit dowry payments so that people didn’t have to go into debt or leave the village because of them.

Through the JP RWEE programme, Saoudé became a farmer in her own right. Through the programme’s farming school, she learned agricultural techniques and got access to improved and climate-resilient seeds. She now grows millets, cowpea and groundnuts, and her harvests are improving each year. She keeps one third of her production for family’s consumption, sells a part and reserves the third part for processing activities.

To further economically empower the women of the area, FAO, IFAD, UN WOMEN and WFP supported the creation of savings and loans groups. Thanks to these groups, the women have access to cash and credit and are learning about savings and smart utilization of collective resources. Saoudé is president of one such women’s group called “Abu Na Allah” in the Hausa language or “the thing of God”. This has played an important role in changing behaviour in the village. The group started with 35 women and now boasts 54 members. With the contributions collected, the women can access money to invest in their businesses.

Today, Saoudé is a role model for other women, an embodiment of success as a woman leader in agriculture, entrepreneurship and empowerment. She is dedicated to sharing her experience and helping other women become aware of their rights and achieve economic independence. She hopes that in this way she can help change society and give her own children a better future.

Behind all of our food, there is always someone who produced, planted, harvested, fished or transported it. In the run up to World Food Day on October 16, we take the opportunity to thank these #FoodHeroes who, no matter the circumstances, continue to provide food for their communities and beyond – leaving no one behind.

More information can be found at the following links:
FAO and GenderDimitra Clubs: Community Engagement for EmpowermentJP RWEE - UN Joint Programme Rural Women Economic EmpowermentWhat one radio show and one strong woman can do