Digitizing bulk payments to farmers: the case of Tigo Money 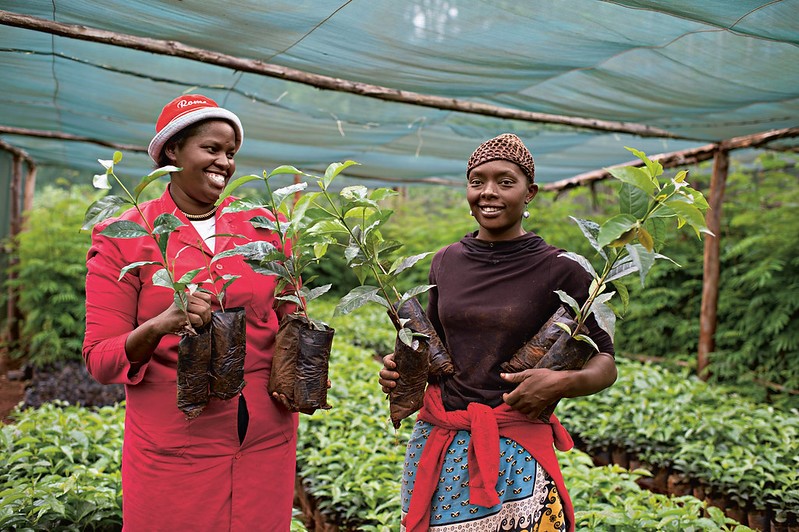 A key challenge faced by large-scale buyers in agriculture is finding a way to pay the multitude of smallholders from which they source their produce, in a cost-effective, safe and timely manner.  Digitizing bulk payments to farmers holds the potential to address the inefficiencies and delays associated to handing out payments to large numbers of producers fragmented over large areas, although its application in reality is constrained by numerous challenges. An emblematic case in this regard is that of Tigo Money Rwanda[1], a Mobile Money Operator (MMO) that set out in 2015 to enable digital bulk payments for over 10,000 tea farmers in the country, in collaboration with the non-profit Access to Finance Rwanda (AFR).

Tigo began by integrating its Tigo Cash platform, a mobile savings system, with the banking software of the Savings and Credit Cooperative (SACCO) to which tea farmers received the payments for their produce. This allowed tea farmers to move money back and forth between their SACCO account and their mobile Tigo wallet, as well as to cash out this money through the Tigo agent network. Although the system worked, its uptake among farmers was initially drastically low, due to a number of challenges that Tigo set out to tackle.

A key barrier initially was low mobile penetration, with only 9 percent of tea farmers owning a handset prior to the start of the initiative. Tigo provided 11.000 phones to the SACCO, which sold the handsets to the farmers at RWF 9000 (US$ 11.50, through a deferred payment plan) and subsequently reimbursed Tigo. The second related challenge was the low familiarity of the farmers with the new phones, which Tigo initially tackled by deploying a team of in-house trainers that delivered digital literacy classes to the farmers. This proved to be unsuccessful, as the trainers were unable to gain the trust of the farmers or teach them properly. The alternative solution found by Tigo was to identify leading figures among the farmers who could take on a training role and carry out a training of trainers. This measure proved to be quite successful, and after the first year of implementation almost all of the 10,000 farmers had opted to make use of the service. As of 2018, three years after the service began, US$ 800,000 in bulk payments had been digitally transferred to the farmers’ mobile wallets, with farmers increasing their savings by up to 40% through this service.

Although Tigo’s experience has had very promising results, it is still an isolated success story among several failed attempts to digitalize bulk payments in agricultural value chains. Often, these initiatives fail because the weakness of the local agent network makes it impossible for farmers to cash out their digital payments. Farmers might also have to face too high transaction fees to cash out, or have to deal with low ceilings to individual transactions that force them to visit an agent multiple times in order to convert into cash the whole payment they received. Finally, as Tigo’s case shows, the farmers’ own lack of trust and suspicion towards digital payments can be the greatest barrier to uptake. Nevertheless, given that by 2020 an estimated US$ 394 billion in agricultural payments could potentially be digitized on a global scale, we can expect MMOs to become increasingly more interested in tackling these challenges in the near future.

[1] Note that Tigo Rwanda merged with another large-scale MMO in 2017, Airtel, and is known today as Airtel-Tigo

More information can be found at the following links:
GSMA’s article on the experience of Tigo Money Access to Finance Rwanda’s Annual Report with overview of the program’s results