Digital savings for inputs: the case of MyAgro 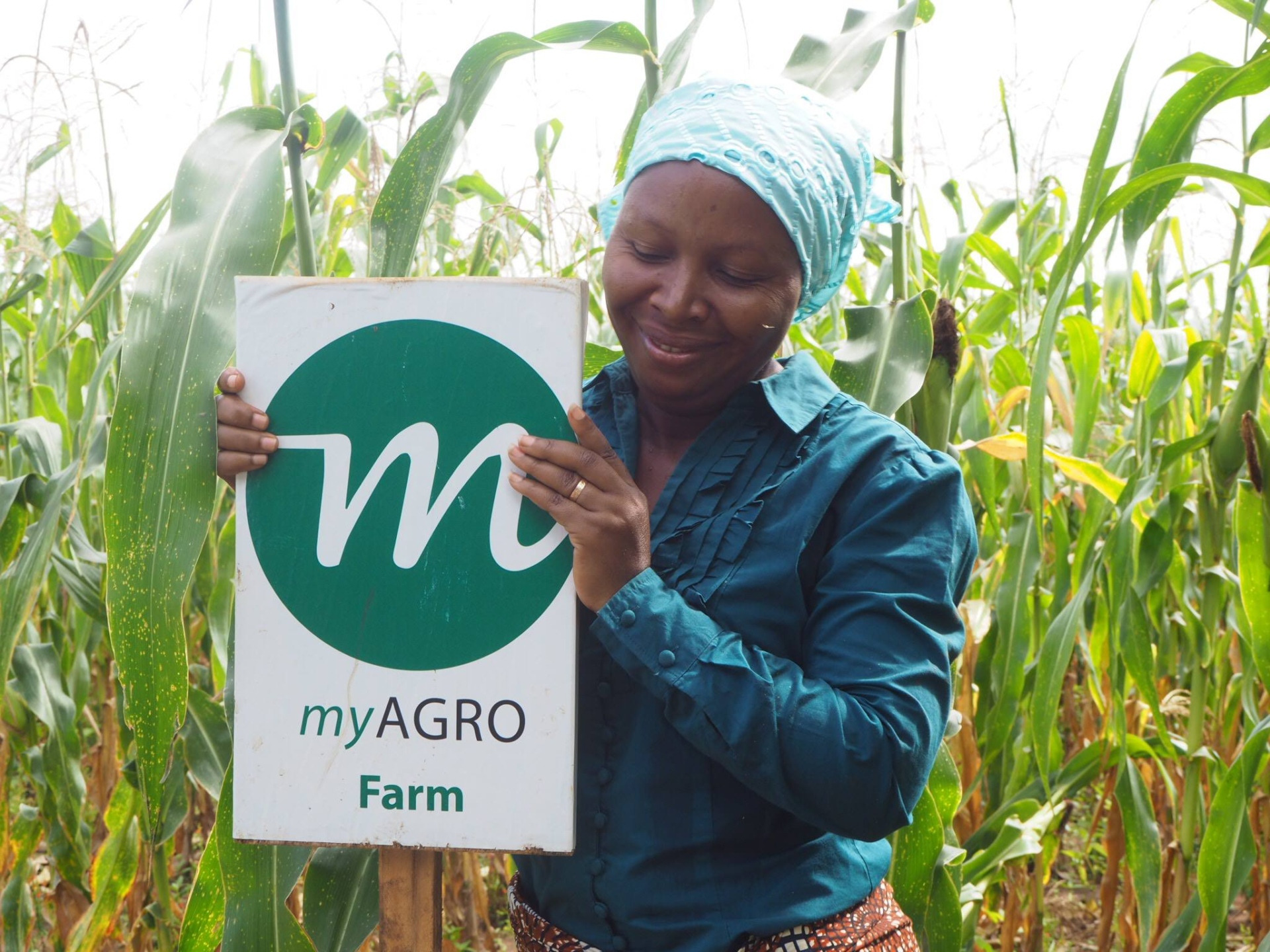 Smallholders -especially semi- or non-commercial farmers- usually have very few financing options when they need to purchase inputs to start their agricultural cycle. They often rely on informal credit provided by the input supplier himself, or by middlemen, which leaves them vulnerable to predatory lending. They might turn to family or informal credit groups, but these loans are usually too short-term in relation to the agricultural cycle, while funds are often lacking. This financially constrained scenario can force farmers to invest in lower quality inputs (which reduces yield and income), or -in the worst cases- have them eschew the agricultural cycle altogether. The MyAgro model was developed precisely to move beyond this scenario.

MyAgro is a non-profit social enterprise that sells agricultural inputs and tools to smallholders in Mali and Senegal. It was launched in 2011 by Anushka Ratnayake, an entrepreneur who was looking to create a sustainable alternative to input credit for smallholders, by focusing instead on enabling them to save for inputs in a flexible and gradual manner. Due to its ingenious mechanism and the results it has achieved, MyAgro has become a good example of the potential that digital technology can have in facilitating input savings. In 2018, MyAgro became the recipient of a Skoll Award for Social Entrepreneurship, granted each year by the Skoll Foundation to a select group of entrepreneurs whose innovations hold considerable potential to solve some of the world’s most pressing social challenges.

The MyAgro system allows farmers to save small amounts of money throughout the year in a mobile layaway account, in micro increments, and at their own convenience. To send money to his/her mobile account, the farmer has to purchase a MyAgro pre-paid scratch card, similar to those used to top up airtime, from a local vendor who receives a small fee for the transaction. After having collected enough, farmers can finally use the money stored in the account to purchase seeds and fertilizers from MyAgro, before the start of the planting season.

The advantages for the farmers in using this system are evident: for starters, they can save for inputs in a flexible manner, whenever they happen to have a little extra money to devote to their goal. Furthermore, the money is stored in a committed account, so they cannot be tempted to take it out for other uses. Finally, the system provides them with a formalized, contractual linkage with an input provider, which gives them more confidence that they will receive the correct amount and quality of the inputs they require, in a timely manner.

MyAgro is quite ingenious in how it uses a mechanism –the scratch cards – that is already part of farmers’ habits and their everyday lives. This contributes to overcome one of the most common challenges to digital financial inclusion, the low service uptake caused by a lack of familiarity –on the part of the farmers- with a new technology.

The advantages for MyAgro as an input provider are plenty too: it can plan ahead the amount of inputs it will have to stock and provide to the farmers, by monitoring the number and growth of accounts; it can ensure the timely delivery of such inputs; and it can “lock-in” clients through the account, as they can only use the money to purchase inputs from the company. This last element, in fact, does raise a number of concerns, given that it effectively eliminates the farmers’ choice on who to supply from. Nevertheless, at this stage, no alternatives exist on the market for farmers that wish to save for inputs through a mobile layaway account.

The results of the MyAgro model have been noteworthy: in 2018, almost 50,000 farmers in Mali and Senegal were owners of a MyAgro account (60 percent of women). The company estimates that farmers have benefitted from a 60 average increase in harvest yield per hectare thanks to the system, with an increase in net farming income of US$ 110 per farmer. MyAgro’s objective for 2019 is to scale up its operations to reach 70,000 farmers, with a further anticipated push to 200,000 farmers by 2020. The implied risk, evidently, is that an overtly accelerated growth could come at the expense of the quality of the service. MyAgro’s plans to scale up in the near future are quite interesting. With the support of the Aga Khan Foundation, the company has begun to expand in Tanzania as its third country of operation, by carrying out an initial pilot -targeting 1000 farmers- of a fully digital mobile layaway system.  The company is also scaling up its pilot of a “commission-based village entrepreneur” model, through which MyAgro employs motivated community members in rural villages to market its product. These local agents can take a more proactive role than traditional vendors in enrolling new farmers in the system, by visiting them directly on the farm grounds, assisting them in selecting the right input package for their farms, and monitoring their progress towards their layaway goals.

More information can be found at the following links:
MyAgro official websiteSkoll Foundation’s profile of MyAgroGates Notes’ post on MyAgro